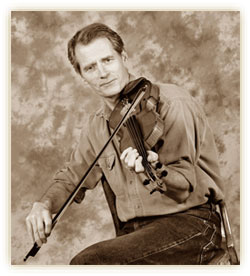 Jaw's Harps are also called a Jaw Harp or Jew's Harp. The two children's CDs with Jeff Davis both have music that is played on jaw's harps.

A jaw's harp is small, handmade metal instrument placed against the teeth that makes a "buzzing" sound. It is ancient, and played all around the world - Jeff has one in his collection that is made of bamboo from the Phillipines, called a "kubing."

We don't know where the instrument started. One of the very first items that the Dutch traded on Manhattan Island in CT in the early 1600's was a jew's harp. An European-made jaw's harp was found in a Native American gravesite (which may be Massasoit, the Wampanoag Sachem who welcomed the Pilgrims in the 1620s) in Rhode Island. This harp dates back to the mid-1600's. A similar Native American instrument called a "mouth bow" is a small bow placed up against the cheekbone. It is possible that the mouth bow was a result of exposure to the European jaw's harp.

Jaw's Harps of various quality are avalable. Some are handmade and tuned to particular keys. Retail prices range from $6.00-$43.00.

Jeff also plays fiddle, banjo, mandocello, guitar, spoons, and a few instruments hand-made by some folk craftsmen. He has toured extensively throughout the United States and to festivals in Canada, England, Ireland, The Netherlands, and Norway. He recently released a solo album, Some Fabulous Yonder. He also worked on an English Anthology, called Song Links, of old English songs and their American variants.

"American traditional music at it's best and in its element. The passion and love that he feels for the old songs and music is evident in every note he utters and every string he plucks" - Deb Cowan, Tykes News (UK)

"One of the most charismatic and widely-regarded of American oldtime folk revival performers.. master of several different instruments as well as a darned fine singer, a man of wholly unpretentious and completely natural musicianship who makes everything he does seem totally effortless." - David Kidman, Netrhythms (UK)